Rated 5.0 by our customers 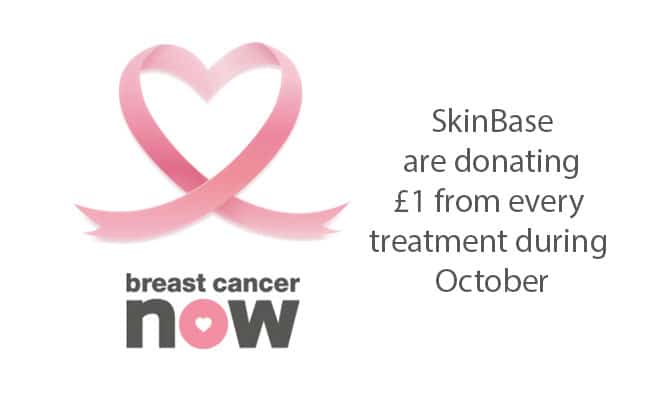 SkinBase are donating £1 per treatment during October

During October, SkinBase will be donating £1 for every treatment carried out to the inspirational charity, Breast Cancer Now. We’re excited because we know that with the help of our SkinBase therapist network carrying out these treatments we can really make a huge impact and a massive donation to this fantastic charity. But to do this –we need everyone to treat themselves to a facial (hey that doesn’t sound too difficult does it?!).

SkinBase’s co-founder and owner, Richard Faulkner, met Rachael and her husband, Steve, at an NCT group in 2015 when Rachael was pregnant with Freddie and Richard’s wife, Hannah was pregnant with their first child. The group became extremely close, with their children creating lasting friendships💗.

You, Me and the Big C

Following her diagnosis, Rachael launched the BBC podcast You, Me and the Big C with fellow cancer bloggers, Lauren Mahon and Deborah James. Discussing the highs and lows of life with cancer, and all that came in between, the trio welcomed a host of celebrities and medical experts to provide advice and share their own stories. The podcast shed light on some of the real-life hurdles that came with a cancer diagnosis, and explored issues in human, humorous detail. The podcast became a huge hit and received high praise from cancer patients and medical experts💗.

In early 2018, whilst still recording the podcast, Rachael participated in a clinical trial of experimental treatment at the Christie Hospital in Manchester, in an attempt to prevent or postpone the spread of her cancer. This was unsuccessful and in May 2018, Rachael announced that her cancer had spread and was incurable. Despite this, she continued to blog and run the podcast whilst at the same time writing a memoir for her four-year-old son, Freddie. The Sunday Times bestseller, ‘For Freddie’, was Rachael’s life story in her own words, including advice that only a Mum can give her son and was part of a legacy that she left for him💗.

Rachael tragically died on 5th September, just two years after she was diagnosed with breast cancer. Steve is continuing his wife’s legacy, working on the podcast and raising money and awareness in the fight against cancer. SkinBase is supporting Breast Cancer Awareness Month for Rachael and for all the amazing women who are or have battled Breast Cancer

You can help us raise lots of money by simply booking in for a facial during October with your nearest SkinBase therapist. We will donate a £1 from the treatment to the Breast Cancer Now charity. The more treatments there are, the more money we will raise for this amazing charity.

The SkinBase team will be ‘Wearing it Pink’ on Friday 18th October and taking part in a sponsored row. We have set up a Just Giving page with an initial target of £1000 that we are hoping to smash through quickly and, of course, all the £1’s from the SkinBase treatments will be added to this to give our final fundraising total. Click the link below to donate now.

Have you tried the SkinBase™ online store yet? We have a range of beauty products and gift cards.
Visit the Shop
Essential skincare

SkinBase™ is the leading microdermabrasion treatment. With over 2,000 accredited salons and spas in the UK & Ireland, there’s bound to be a salon near you.
Make a Booking
Book now

Guide to Acne and Acne Scarring

Guide to Pigmentation and Skin Blemishes

Guide to Dull and Tired Skin

Collagen Lift – A Facelift Without Surgery

“I am blown away by the results…”

It’s just one of many amazing things we hear from clients who are benefitting from their SkinBase treatments. As an added bonus all of the clients who are entered into the SkinBase competition have rejuvenated skin, and the opportunity to win a Caribbean holiday! What are you waiting for? Book a course of treatment now.

Top 5 tips to look your best, whatever the weather

A change in seasons can wreak havoc on your skin. Luckily there are simple solutions to make you look and feel great all year round, whatever 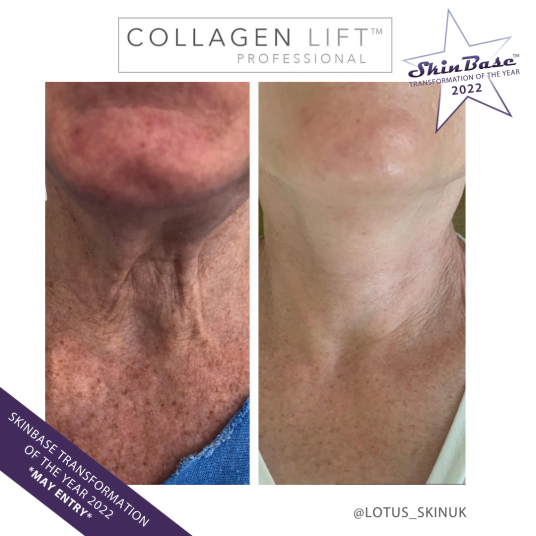 Two sceptics left feeling pretty chuffed from their treatment courses. Book your course and you can enter and win Transformation of the Year 2022 and jet off on a holiday to the Caribbean!

cheryl H.
16:30 12 Sep 19
Excellent all round service nothing is to much trouble would highly recommend them!

Theresa B.
20:02 12 Mar 19
Customer service is excellent to salons and clients. Great treatments too. Xx

Rebecca P.
23:24 22 Feb 19
Reliable, friendly and professional company with good integrity. I’ve had lots of success with my Microdermabrasion.

Laura B.
15:38 13 Feb 19
Had a skin base radio frequency treatment today. Absolutely thrilled with the results, and they are just the start!
Professionalism from this company far supersedes other industry competitors. Excellent company to work with!
Google Rating
4.6
Based on 22 reviews

cheryl H.
16:30 12 Sep 19
Excellent all round service nothing is to much trouble would highly recommend them!
See all reviewsWrite a review

Theresa B.
20:02 12 Mar 19
Customer service is excellent to salons and clients. Great treatments too. Xx

Rebecca P.
23:24 22 Feb 19
Reliable, friendly and professional company with good integrity. I’ve had lots of success with my Microdermabrasion.

Laura B.
15:38 13 Feb 19
Had a skin base radio frequency treatment today. Absolutely thrilled with the results, and they are just the start!
Professionalism from this company far supersedes other industry competitors. Excellent company to work with!
See all reviewsWrite a review
powered by Facebook